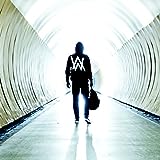 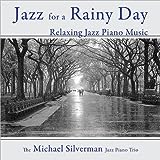 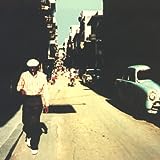 The Minnesota Orchestra’s Sommerfest has been gasping for air the past few summers, getting shorter and shorter, and, of course, there was no festival at all last year due to the lockout. Even so, the festival’s chieftain, Andrew Litton, has proved to be a clever programmer more often than not, and he demonstrated that skill in his subscription concerts last week.

Consider: Here’s an all-Russian program with nothing by Tchaikovsky or Rimsky-Korsakov, not even the “Firebird” Suite. Instead, Litton has charged forth boldly and programmed two works that can almost be called strangers to the concert hall: Rachmaninoff’s tone poem “The Rock” and Prokofiev’s Symphony No. 4.

The remaining entry, Rachmaninoff’s Rhapsody on a Theme of Paganini, is standard fare, to be sure, but it makes a nice — and thoughtful — companion to the other piece by Rachmaninoff. “The Rock,” that is, Rachmaninoff at 20, showing many of his musical trademarks in a larval state, about to emerge, whereas the Rhapsody, the product of a wiser and more worldly man, was composed some 40 years later.

This made for a lively, coherent and, as it turned out, well-played concert at Orchestra Hall on Friday night, in which there was an added attraction: the soloist in the Rhapsody. This was the English pianist Stephen Hough, whose fleet, imaginative style would seem to be the perfect medium for so witty and colorful a work.

The two of them, in fact — Litton and Hough — recorded this piece some years ago with the Dallas Symphony when Litton was music director of that orchestra. Included in a set (on the Hyperion label) of the Rachmaninoff piano concertos, it’s a stunning performance. Hough is in total command, even at daredevil tempos. It’s probably the fastest Rhapsody on disc, yet never seems hectic or rushed.

Friday’s account was maybe a tad slower but remained exciting from start to finish and full of deft touches: the gossamer filigree in Variation 11, the subtle phrasing of the sly minuet in 12 and the heartfelt sweetness in the phrasing of the famous 18th Variation. Showing close rapport with Litton, Hough emphasized the work’s demonic “Dies Irae” — Hymn to the Dead — element without turning percussive and at all times sustained the work’s wit. (Wildly applauded by the audience, Hough returned to the stage and played an encore, an elegantly phrased account of Chopin’s Nocturne in E-flat.)

If the Rhapsody is anti-Romantic, “The Rock,” which opened the concert, is so Romantic it hurts. Inspired by a Chekhov story, “On the Road,” about a lonely middle-age man, the music looks longingly into the distance and weeps and sighs — and does it beautifully with lush, voluptuous tunes, played in this instance with dramatic conviction and great lyric surge.

The second half was devoted to the Prokofiev, first written in 1930 and radically revised by the composer in 1947. It’s much in the extroverted style of the Fifth and Sixth Symphonies, clearly a widescreen attempt to appeal to the masses. The first two of the work’s four movements are expansive and engaging. They sound like Elmer Bernstein’s famous score for “The Magnificent Seven” played with a Russian accent. The final two movements, however, are thin and repetitive. One can sympathize with Prokofiev. Those were tough years for Soviet composers. It’s like he’s saying to the culture commissar who’s listening with a frown: “Look, I’m dancing as fast as I can. Whaddaya want from me?” Even so, this is obviously a piece that Litton believes in. He drew an affectionate and carefully detailed performance from the orchestra that brought the evening to a rousing finish.

Incidental intelligence: Just before the concert started, with no one onstage, someone in the audience shouted, “Bring back Osmo,” referring to departed music director Osmo Vänskä, who may or may not return to that position. Others in the hall took up the cry. Finally, a stern voice in the first tier shouted, “Oh, shut up!” The other voices stopped.

What’s the next step? People fighting in the aisles? Surely one could say: better a fight in the aisles over the music director than over who’s your favorite Kardashian sister.