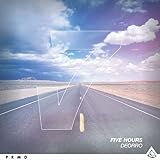 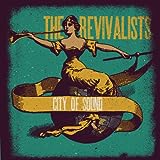 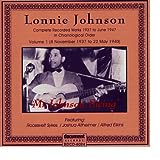 Some lucky teenage guitarists got free lessons Saturday from the pros at the eighth annual High School Guitar Day at the 92nd Street Y on the Upper East Side. NY1’s Tara Lynn Wagner filed the following report.

Talk about being amped up for class. Dozens of teens arrived at the 92nd Street Y Sunday ready to jam for High School Guitar Day.

“I play acoustic guitar, and right now, I want to learn how to make my own songs,” said guitarist Vivienne Maxwell.

“I am a guitar geek. Official,” Verdery said.

Now in its eighth year, Verdery said that the free event gives young guitarists a chance to get out of their rooms and into a room full of other musicians.

“Guitarists can be kind of maniacs,” he said. “We’re all sort of like in our little world, so to find somebody else who’s that enthusiastic, it’s crazy.”

Its also not limited to high school. 12-year-old Evan Covey has been playing guitar for half his life.

“In the beginning, it was hard, but I practiced a lot, and just after a while, you become more used to it.,” Evan said. “There’s always more things you can learn and get better at.”

Following a demonstration, including one on a theorbo, students broke into groups to participate in mini-master classes, where they got to pick their guitars, as well as the brains of seasoned professionals.

“It’s really great because it’s transferring information from one musician to another, and it really has helped me,” Zac said. “I’ve actually used a few of the things that they’ve taught me here when I’ve played gigs.”

While the event is focused on musicians of the future, you can also sense the presence of rock stars of the past. A custom-made guitar, one of four that belonged to the legendary Lou Reed, is on loan to the 92nd street Y.

“That was something that was really important to him, to make sure that kids could learn on really high-quality instruments,” said Chris Bergson, an instructor at the 92nd Street Y.

Instructors say anyone can pick up a guitar.

For teens like Vivienne, the instrument has clearly struck a chord.

“It’s just a way of expressing yourself in a safe and great way,” she said. “It’s just so liberating.”

For more information on programs offered, go to 92y.org/music.